Hello everyone. "Producer Letter Vol.5" was quietly published in the announcement today. http://sqex.to/BvOAQ It includes the introduction of the character to be implemented and the version 2.10.0 to be released next month. Thank you very much. #アナムネシス
https://twitter.com/SOA_SQEX/status/1175329535446810626

---Letter vol.6---
Next, about the Persona 5 The Royal collaboration.
In the live broadcast of TGS, we announced only the lineup of characters appearing in the collaboration and videos of some of the characters.
Additional information, such as videos of characters that have not yet been shown, will be released sequentially from October 1. I hope to be able to provide information little by little during The Month of September, so please check the official Twitter from time to time.
Official Twitter
⇒ https://twitter.com/SOA_SQEX
There is also a special collaboration site, so please visit here.
http://www.jp.square-enix.com/soa/persona_collabo/
I introduce the collaboration story of Atlus's full supervision which was not able to be introduced by the public live broadcasting a little Soa's official website also has a notice on the logo, so you can go to the special site by clicking on the notice.
3: Character introduction under development
It is an introduction of the character that is scheduled to be implemented in the future.
At the end of the month we will implement the character of the new Maid series. Introducing 3D models and illustrations. 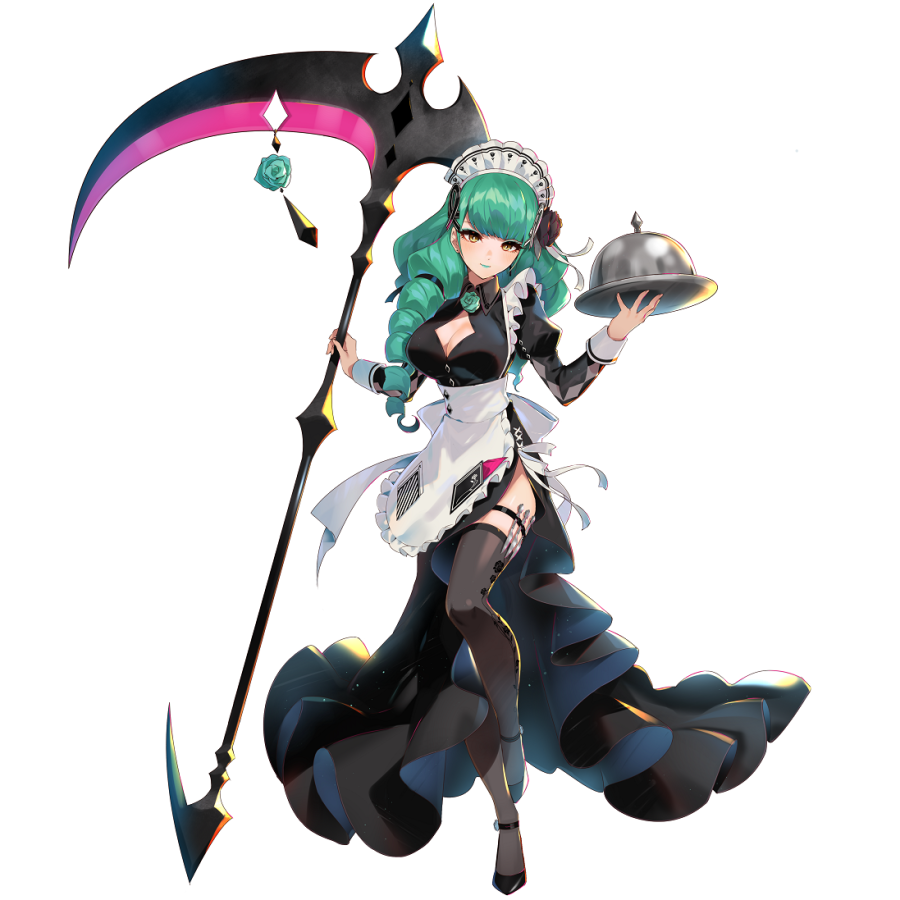 First of all, Ms. Fiore of the maid appearance.
The illustrations were drawn by "Ire".
It is a sickle defender.
I think Fiore's personality is perfect for the maid. I want to wake up with Fiore's voice every morning!
The illustration was drawn by "Kazukawa".
It is an arm attacker.
When it comes to black hair, the impression changes considerably.
However, it is not a hair but this and seems to be a head part. And the exposure of the costume is great... Is this okay? Oh, my nose is bleeding. 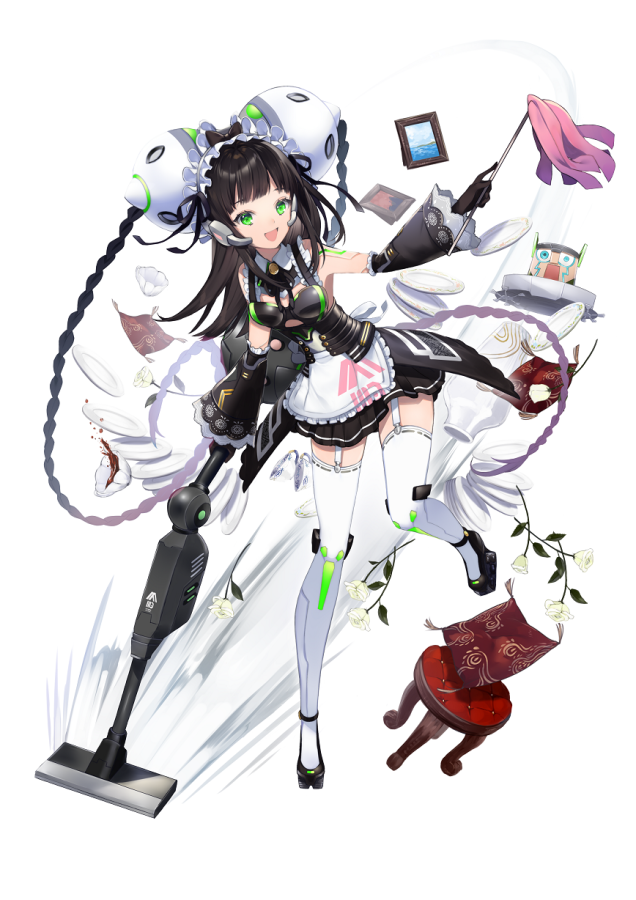 4: About app version 2.10.0
App 2.10.0, which implements the character deco and studio function introduced in the last P letter, is currently debugging.
We are working on a development that can be released in early October.
It is how to set the deco, but you can change it from the conversation mode of the home screen. Switching to studio mode is also from the same conversation mode. 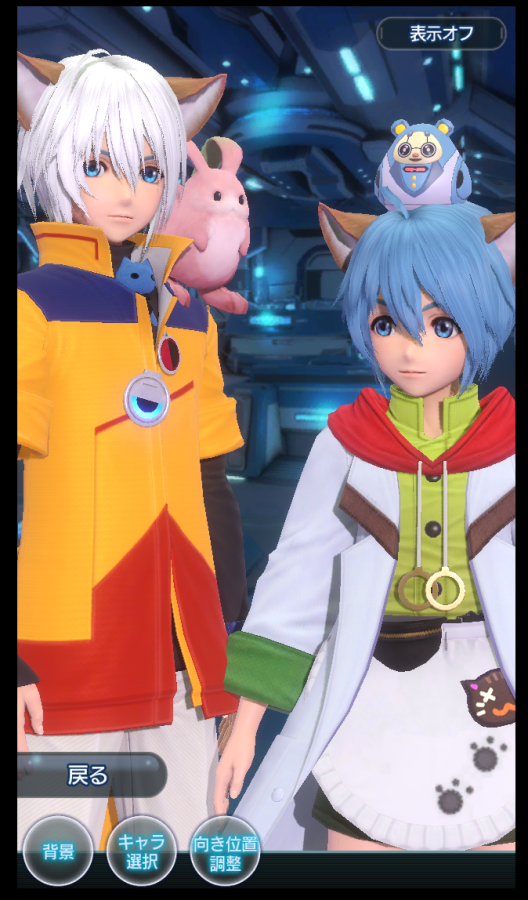 Please try various patterns by all means.
Because the item of chara deco is going to increase gradually, please look forward to the addition in the future!
In addition, some UI update will be included in 2.10.0.
Reduce the long press time when opening the detail screen
Character, attributes that have been granted to the weapon
Change the display of the remaining missions displayed on the EP2 world map
・Even if you don't have 10 tickets, such as ticket gacha, you can draw them together (8 series, etc.)

Thank you to all of you who responded to the 1st Galactic Federal Survey conducted last month.
The comments you have received are currently being aggregated.
Because the summary is finished what can be understd by the numbers, I introduce only a little.
First of all. it was So4's Lutine that it was the most popular in the character which was not a playable character though it was a favorite series character.
It's certainly pretty, isn't it?
But we all know shimadaa-sama had won one more vote than that luti.
It is like Shimada indeed.
Because this is a questionnaire of Star Ocean!
I was also a little relieved that the order system and extended charge assault that we added recently changed in a better direction than the bad ones, although there were many opinions that "it doesn't change".
I will refer to it as a valuable opinion in deciding the policy of next year and next year.
In addition, i also shared the content that you are playing well and how often you are playing. We are considering the future direction together, so please look forward to it.
---end of Letter vol.6---

Someone from SO4 won was the most popular.

Not only that a NPC from SO4...🙁
if anyone else can do a good job on translate this please do so. they did joke about Shimada.
Forget that Shimada won by one vote alt Shimada coming in?

So letter vol.6 is out the only thing I'm looking at is chaging hair color for my fates.

hmmm....I wonder if we can change hair color to the Persona cast?...🤔
This update is coming are you ready for it? Hair color change 💛

The 2 maid girls incoming I'm not going to roll for them but good luck to the ones who are going to pull for them.

Saving gems for Persona come on minato and souji.