"Namco Bandai Entertainment, to publish some of the story elements of the iOS / Android app "New World" also.

And followed the view of the world and the concept of ".hack", the new project "Project NU" to be rebuilt from scratch. It becomes the 1st product "New World" is a RPG that fierce battle is deployed the world that would have perished on the stage.

plans to "New World" is this year delivered, and information about the battle, such as occurs in a continuous imposition of skill "continuous attack" and ultra-deathblow "GOD", such as offices become such as "home" element of adventure is revealed We Rei. And this time, one end of the story to be worried about is was found.

Stage of this work, MMORPG that exist in 2037, "New World". Along with the heroine of the three players is a mystery presence of while following the "crying princess", that with any difficulties confront ── such deployment is listening.

About "crying princess" has a mighty force, also is bounty of realistic money in MMORPG is applied. Not only the story surface is likely to say that the existence of an important standing position also in the "New World".

By abc speculation of many persons aim of this bounty is tangled, continue to expand the big sculptured group fighting scene that spell the profound drama "New World". We are accepting the early reservation at the reservation top 10, please worrying try to check also there. In addition the video to introduce the "home / Town" is also refer to fit."
-----------------** end of Quote 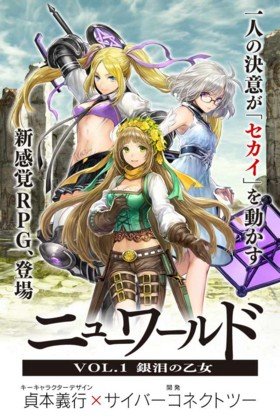 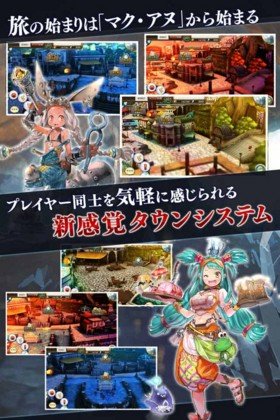 Soo .Hack N.U. is in year 2037? seriously? humm that makes this more inserting by the way the translation I did tell me if you come up with something else or tell me if I'm wrong and I'll fix it sorry my Japanese is a bit broken >_<; oh by the way the Beta went up and my name on both of my e-mails missed the RNG T_T meaning I didn't get a special e-mail like some people who was lucky enough to get into the beta T_T oh right my Project X Zone 2 come in kind of late >_> it seems the OST is dlc it come with no disk but codes T_T guh...

wait New world rebuilt from scratch? so no Aura? no copy of Kite or anyone else from .Hack!? nooooo! they must return somehow >_<; or are they moving away from old Hack trying something new?... omg they better have some kind of copy in this game or maybe they are having troubles putting the old people from .Hack in this game? I just wished it was on the PS4 or Vita at least have Phantom Kite from .Hack//Guilty dragon make a cameo somehow and the rest of the phantoms but I guess we did get new info about this for now it's just all theories until more info comes out what I said

"[Registration surpassed 50000 people! ] To 70000"
"Now testers conducted a survey, and end the closed beta test is over. Many people who reviewed the test time and again thanks to the testers. Thank you very much!"===
from there twitter account
Link-https://twitter.com/NEWWORLD_info

Beta is over with
Collapse