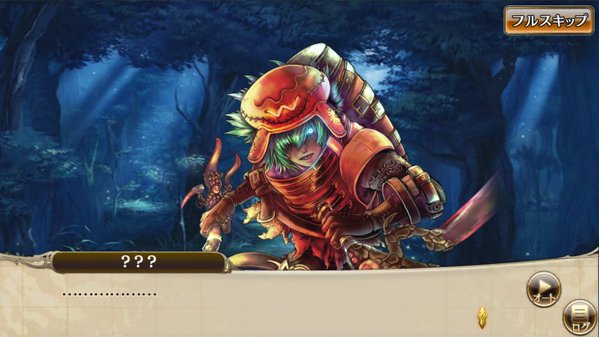 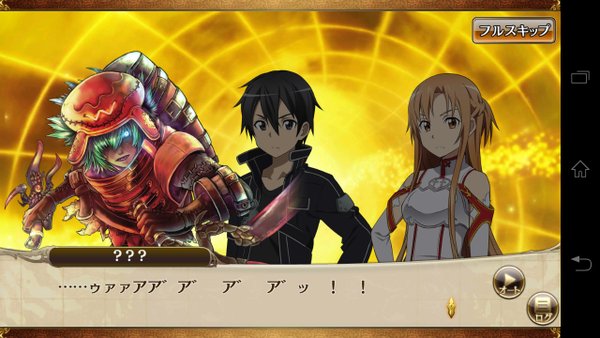 So far Azure Kite still floats and growls he is a fire element versus Kite who is a wind element in .Hack//N.U. and all his skills are the same as Kite attack skills however Azure Kite has more skills ironic? and it looks like Azure Kite is still around since R;2 final moments T_T Azure Kite attacks but his R;2 attacks Azure Kite attacks are different but maybe weaker? since R;2? Huh but once you fight him past 20 he's hard his attacks get more ouch like and they brought back Tsukasa SR card for the RNG money I didn't win his card >_> I wished Azure Kite was voiced that would of made it more epic it kind of odd fighting him without his voice

So this event is limited it's not going to be around forever maybe they are testing Azure Kite? but he looked epic in win fighting him I was wishing he was party member beside Kite T_T we need more old .Hack characters seriously and we need Haseo omg how are they going to add him? hmmm that would be difficult because of his weapons not unless they just make many versions of Haseo and keep him on one weapon like they did in .Hack//Guilty Dragon during that one event they had long time ago this makes me excited and then...

If you're going to fight Azure Kite in .Hack//N.U. bring a healer and water elements that is a must
Wow I was just thinking how Azure Kite would react to DD and how she would react to him lol omg... by the fossils on Azure Kite blades looks like he was alone for very very long time omg
and yes Kite meets Azure Kite yet again and reacts typical Kite style this would be there let's see
they meet 3rd time? .Hack//Link they meet before along with Tokio, then they meet again in Project X Zone 2, and now in .Hack//N.U. during the event with SAO so yeah this is the 3rd time they met and no they never did meet in .Hack//G.U.

So yeah we need more past .Hack characters I wouldn't mind if Azure Kite stayed but I think he might come back again later win ever they decide to make a Azure Kite SR card

All we need a random event with Haseo in .Hack//N.U. chasing after Azure Kite and they somehow run into DD that would be fun to see and by the looks of it we might get characters from .Hack//Guilty Dragon

So this is a update at one is happening in .Hack//N.U. right now

Off topic-
So far we guessed that Kite might be a AI that's why he has memory loss right? but since the player character was just made they would be AI two right? and Azure Kite is a AI that protects the world still so collide with the AI's?...but it looks like they are bringing Kite more into story this would be his second time out his second story shows him in town talking to the player character in town btw his second story mission is level 50 and you do have to bring a healer, but this story in SAO we see Kite out again looks like he's really getting along with the party and the player character very good so we might see Kite in the main story line to? maybe?
And yes Kite almost sounded depressed hearing .hack//n.u. is a online game or was it me? but after you do Kite second mission he get very close to the player character, but I think the people from SAO recognize Kite as a hero from long time ago and Kite like 'wtf' are you talking about? and they tell Kite I don't know if he get's it or not that win Kite emotions come in he sounds depressed because he can't remember or something, that the feeling I'm getting from this event and through all of this the player character don't react that much >_>

Outcome you don't have to do this event if you don't want to it won't change how Kite fights or what level his emotions for the player character is at so this is a choice you make or not I'm trying to say it won't change .Hack//N.U. at all it just give some extra story with Kite being Kite.

So DD chapter in this story wow that a lot and lot and lot of Pkers that want to fight the player character after you defeat DD they come after you and all you was doing was trying to get them off DD who never fights them but she will fight the player character after the fight she seems like she knows what is going on but she never tells that the feeling I'm getting from it.

So yes maybe they are going to do something with this? but those are my thoughts about this subject I can be wrong about this but that's what I'm getting from this correct me if I'm wrong about it

Well this turn out all to be thoughts and maybe theories of the subject so again correct me if I'm wrong about any of this.
Collapse