With this Unreal Engine 2016 CC2 has no excuse on making a .Hack remake or something new I'm saying this because of the old rumors long time ago that why CC2 has not remade a .Hack game was because of the Engine and the Graphics people wanted a .hack game win .Hack//Versus come out but they said no they wanted better graphics, But with this Unreal Engine 2016 they could do something I mean since CC2 is working on FF 7 R they should use some of that for there next .Hack game if they decided to go that way.

however reality hit harder then ever since .Hack//N.U. is out I don't think they are going to push for a console game but that would make more money that way but the crossover with SAO dose that say something? or will SAO buy .Hack out?

overall I'm going to try to be patient I am excited for FF7 R I want that game long with Final Fantasy XV now I know how Kingdom Hearts fans feel about them wanting there game and yes I want the new Star Ocean game long with Tales of Berseria.

Back on subject here I don't want to make this too long Unreal Engine 2016 looks epic. 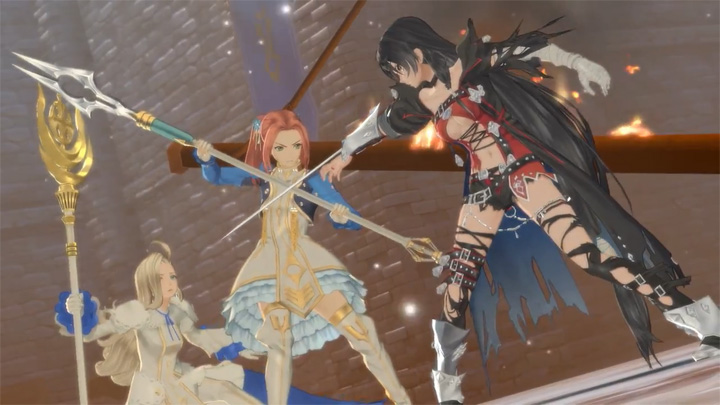 I'm drawn back into TOZ for a Rose and Alisha moment O_o those two remind me of them somehow maybe Ancestors??
Or Rose and Alisha was reborn in TOZ *cough* that's a way of theory lol *cough* don't mind me I know that's something people don't want to here.

So the whole TOZ and TOB connection is there I'm excited for this I want this game on my PS4 yes I'm getting this game I hope the English voices are good.
Collapse