"P-Letter or before you start a new thing Kobayashi P is not a credit recovery is unreasonable to explain and apologize to the thing that continued to cope with a lot of misconduct and mismanagement of the problem of collusion. Even if the name disappears from the credit, the view is probably not changed. First of all, take out Kobayashi."

"Mr. Kai's producer letter, thank you sincerely. I'm not one player, but I do not lose the mindless abuse, I think in the shade and want to enjoy the development of management. Star Ocean is a masterpiece of eternity, I think so. I'm a little sad that I can't find Kobayashi P recently."

so much hate for Kobayashi JP wants him gone.

what do you think this good or bad? People want Kobayashi gone.

Blue Sphere variants for Claude and Rena will be coming soon!
They will be voiced by their original VAs: Yuuji Ueda (Claude), and Aya Hisakawa (Rena)!
During the event, the Home BGM will also be temporarily switched to a Blue Sphere version as well!

They’ve also been working on the Radiata Stories Collab that was promised. They’re currently on to the final adjustments, so they’ll require a little more time before it’s release.
A 3D Model of an upcoming character from the collab, Ridley Silverlake, was shown as proof of their progress. Though, they still haven’t gotten into character motions yet.
The event story is, of course, an original piece intertwining Star Ocean and Radiata Stories.
More information regarding the collab will be revealed in due time.

When the Memorial Festival Gacha (Machinist Precis + Other limited characters) was held from 18 October 2018 ~ 31 October 2018, the producer was, at the time, trying out new ways of releasing characters apart from the usual New Character Pickup Gacha. This decision of a Memorial Festival was initially made due to a discussion of implementing a character involving new mechanics of going into combat while riding atop a robot, coinciding with the large requests for having limited characters return. However, this was met with backlash due to the new character not having it’s usual format, and certain limited characters already returning after a short amount of time.

Through this backlash, the management team had made some reflection. New Characters should now be somewhat easier to attain with the utilization of both the usual Pickup Gacha and Pickup Coin Exchange etc, and Limited Characters will also return after a certain amount of time has passed.

The returning idol characters (Verda, Miki, Reimi) from the current banner was due to them also appearing within the event cutscenes of the currently ongoing Milky Quintets event. However, since the timing of release between this Idol Event and the previous Idol Event was short, the reprint banner for those characters also came much sooner. Going forward, they would like to take a longer period of time before issuing such events that are linked by their cutscenes.

It was stated during Livestream #34 that part of the adjustments of the Reprint 2017 Christmas Characters would include things such as increasing the amount of Battle Skills. However, this was of course not done, and thus led to misinformation.

They sincerely apologize, and will be more thorough to prevent such a thing from recurring.

On 28 March 2019, they are planning to release Version Update 2.7.0. They would like to expand on the Affection System and begin reprinting Stamps, along with some other non-in-game-related changes.
The default size of the app for iOS devices will be significantly increased by over 2GB.

This change is mainly due to the differing of the system and it’s guidelines between different OS, and for iOS devices only, quite a bit of data must be included within the app.

2nd batch of LINE Stamps will be released on 20 March, 2019 (Wed). There are a total of 16 animated stamps, and will cost 100 Coins.
Some samples were displayed. 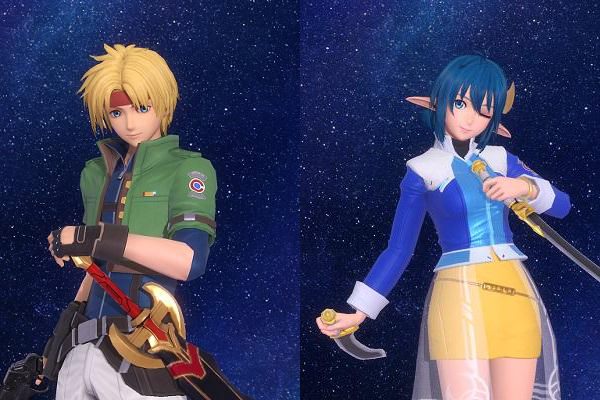 older claude and older rena incoming oh man how are they going to fit that in the story??
*ahem* time travel.

that rena looks cute so many rena copies and now we have them.

incoming Blue Sphere variants for claude and rena get ready if you are a SO2 fan.

but hey now you can Bs claude with prince claude and claude now team claude.

for rena you have so many of them now.

SO2 finally getting some overdue love.