Broadcast to be over in a bit. Star Ocean Program #27 will be taking place during the Star Ocean Festival, as teased in the previous broadcast.
Star Ocean Fes 2018
Starts - 2018 May 20

In Star Ocean Fes what do you expect to see?? SOA info yes a new star ocean game? or just information on new characters?

I hope this will be a bright future for the Star Ocean games. 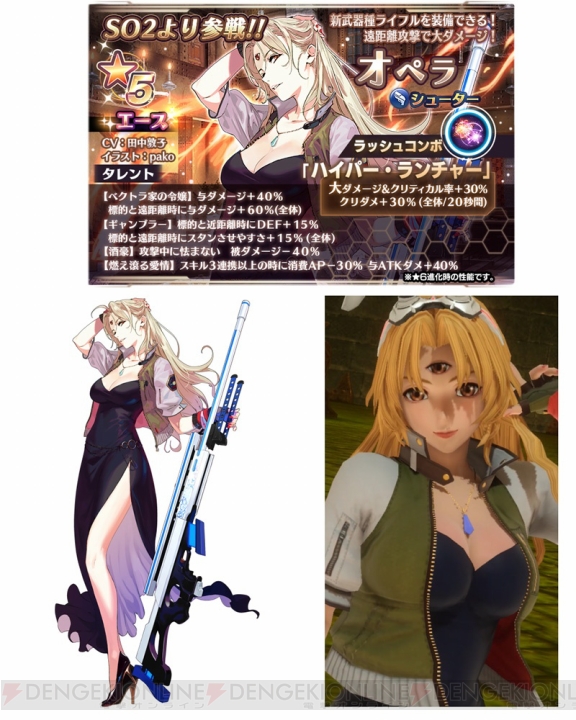 Opera with Rifle Opera from SO2. 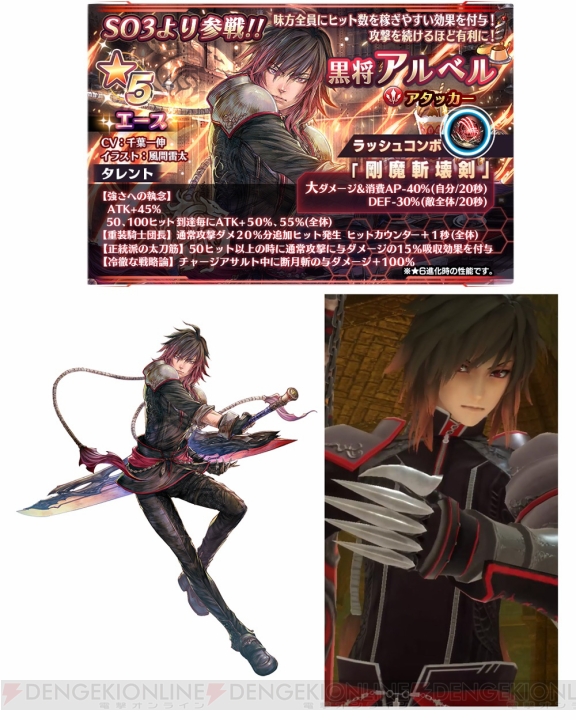 Opera has arrived and with a Rifle a new weapon now??

Calling it Wedding Reimi with Rifle make it happen.

Wait so that means no...Wedding Albel no Wedding Clair right??

Someone was translating Opera skills and she already OP?? but Slow??...we don't know yet people are still looking at her skills.

I'm happy I didn't roll for the maids but...this is temptation Alt Albel for the Albel fans
And no Albel is not in a wedding dress you perverts he is in pants :P

So they did take a look at the alt outfits from SO3...so maybe Fayt Wedding outfit will be formal or something related to his school outfit?? We don't know.

And yes they had to throw someone from SO3 to make it known beside Albel was voted 2nd most loved out of the wedding voting he did lose to Fayt but now Albel will have a alt to his own.

They changed lighting to Thunder right...

Time to use that alright need anyone who uses Lighting and Thunder elements Swimsuit Sophia, Myuira, Defender Myuria you get the idea right?

And with that elemental weapon that will work.

"Captain! I received the video of the rush combo of "Black General Albel" which will be appeared after tomorrow's maintenance! ('◎Д◎´) b Rush Combo power is atk× 4000%! Tall Much is dangerous swords, the approaching enemy is split in half!"

"One more! Captain! The video of the Rush combo of "opera" which will appear after tomorrow's maintenance is introduced! (; '◎Д◎´) atk× 4000% of the rush Combo power! The bombardment from a distance, it Takichi at a dash!"

Sorry Ernest it's not your time yet

This was silent announcement of Opera and Alt Albel

I'm ready for them no maids for me I never did draw for the Maid however Maid Clair was temptation to itself and I said no.

I do want Alt Albel this makes me want to draw but I'm trying to save for Wedding Fayt and Wedding Reimi.

But I'm happy they looked at the SO3 alt outfits you can get maybe they was thinking of something in the future?? We don't know it just a guess.


No...word on the Collaboration that was rumored to be going up...


Good luck on your RNG rolls for this I might take a look into this I'm not sure I want to save for the Wedding Event and if your going to roll for the Maids now your chance.

Now this should draw the Albel fans to this banner it's no Wedding Albel but it will do right?

The upcoming Wedding event is Wedding Reimi and Wedding Fayt and who else might come?
If it not Albel and Clair who are now out we have Maid Clair and now Alt Albel so they are out.

Salt they are going to add Sophia somehow Clair and Albel are both out of the Wedding event since they got added before Wedding event right so whoever else is on the list can come in second right?

It can be anyone beside the original Wedding girls we have.

And if your farming do it now.

Update- Word on discord Opera is OP and Alt Albel is way OP over the Maids if you wasted your LB stones on the Maids you might be out of luck this banner itself is OP.
Twitter people are saying they are happy for this banner but they don't have any gems to spend on it another person said Albel is in pants...pun indeed.

I'm guessing people did spend a lot in the Maid banners right?

So goodbye Maid Clair and Maid Nel you just got OP by this new banner.

And the the power creep that was 9S he might be OP by Opera (rumors) we don't know yet.

If you don't have A2 and need a good GS user go with this alt Albel he might be very OP with the right party.

People are so worried about Tier listing.

I use doper.net for my tier listing and people usually use Game8 for listing however win characters drop and rating change people panic.

Me playing with Dias he takes aggro but Edge is more powerful then him and Edge has that HP buff however Dias is not that bad if you give him that right weapon from my experience.

Claude being at the highest tier? seriously?? From what I can tell Claude is not that powerful except his buff he has now if you can give him a a good sword that might work otherwise...

looking at both sites Millie on dopr should not be on the list Rena is way better over her in buffs and healing wise.

As For Fayt his role is mixed if its not a good element its kind of bad that I did realized and I think Int effects Fayt attacks with a high INT sword and attack Fayt dose damage that from MY Experience playing as a Fayt player.

Looking at both sites can we get a better one please??

Now that I think of it https://game8.jp/soa/102944 has a better ranking but I'm going to see for myself who to trust and who not to trust.

I will say this there is no doubt that Rena IS SS ranking she is the most fast caster beside Faize and she can heal fast she is a must.

Healer Rena not her wedding version.

Second might be Relia and Sarah would be if you don't have either of them.

Omg I'm getting conflicted to I'm not going to take the tier listing seriously I almost did to lol.

I think someone said on facebook that they wanted to start over because of there tier dropping or something like that...
Sorry it all I recall people do take this tier listing very seriously.

Me I'm keeping my account I'm happy with my characters I say just play who you want to play with and have fun.

If you don't have tier ranking characters you can always rent them there are a lot and lot of people who have characters to rent if you're worried about that and people put hard time working on them so remember that win you rent them.

And some people are playing free to play and that's all they have.

I think from now on I'm going to stop listing to rumors and people disliking other characters and finding out myself how it is I don't like the negative emotions going around this is what happens win you got facebook group, discord group talking about characters.

So no more tier listing for me I'm going to play the game how I want.

However if you want to use the tier listing more power to you and good luck with that.
Collapse